As the owner of two beloved dogs, I often put a lot of thought into choosing their food. One of my dogs has food allergies, so it has made me pay a lot of attention to the ingredients in the food I feed her. That led me to wonder about some of the terms I see on the label. In particular, I found myself asking what is chicken meal in dog food?

This question sent me off in search of answers. I consulted several sources to discover the answer is rather complex. In simple terms, chicken meal is dried whole, clean chicken. That answer probably doesn't completely satisfy your curiosity because it didn't satisfy mine.

In fact, it left me with additional questions. So, I wanted to share what I learned with you about what is chicken meal in dog food, along with everything else I learned about dog food ingredients and labeling.

What I discovered made me a better dog parent and more informed about choosing higher quality foods for my pups, and I hope sharing it with you provides you with those same benefits.

Quick Navigation
What Is the Difference Between Chicken and Chicken Meal?
Is Chicken Meal Safe for My Dog?
How Does Chicken Meal Differ From Chicken By-Products?
How Can I Tell What Ingredients Are in My Dog's Food?
What Do the Terms On the Label Mean?
What Terms Are Regulated?
The Bottom Line on What Is Chicken Meal in Dog Food

What Is the Difference Between Chicken and Chicken Meal?

If you assume that they are similar because the names are similar, then you would be absolutely correct. The fact is that chicken meal is just dried chicken.

However, chicken is a broad term.

When it comes to dog food, chicken means something a little different than it would mean on a label for food you or I would eat.

According to the Association of American Feed Control Officials (AAFCO), in dog food, it means a whole, clean chicken, which includes the flesh and skin and may include bones. Clean is referring to the removal of feathers, heads, feet and intestinal contents. Also, it doesn't include the organs and blood.

The manufacturer cleans the chicken before grinding it up and putting it in the food.

Manufacturers use chicken meal because it allows them to make the hard kibble. Too much moisture prevents the ability to form hard nuggets. In addition, it also provides for more nutritional content in dog food because more chicken meal can be used than chicken because it is condensed.

Is Chicken Meal Safe for My Dog? 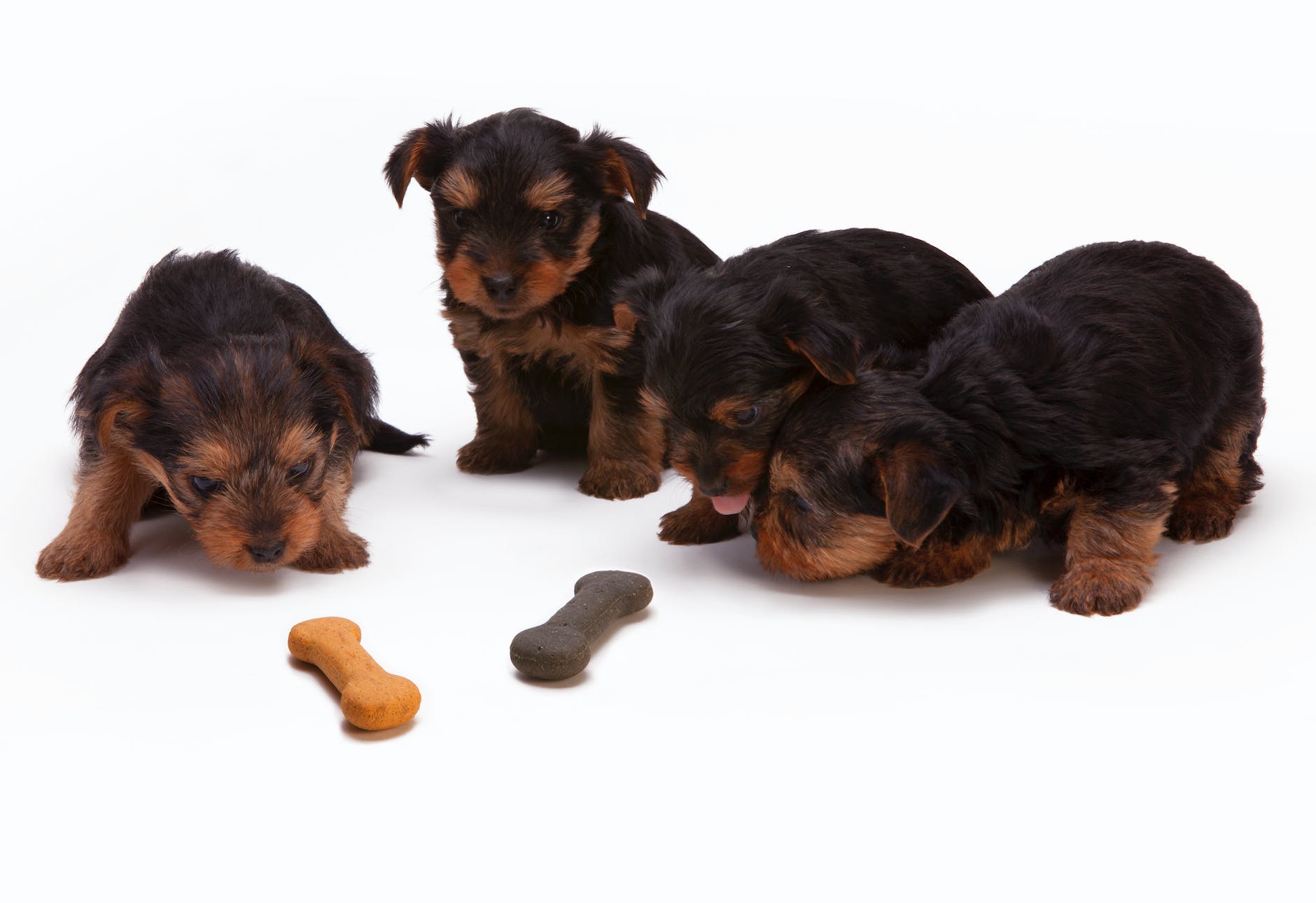 Generally speaking, chicken meal is entirely safe for your dog.

It provides an excellent nutritional boost to foods because it has much higher levels of protein than whole chicken due to its condensed nature, and it is also an excellent source of glucosamine, which your dog needs for optimal health.

It is important to note that the quality of the meal makes a huge difference. The low-quality chicken meal may include things that are not as healthy for your dog, so always make sure to choose only high-quality foods.

In addition, some veterinarians may warn against using foods that contain chicken meal. This may be because of quality issues or because it is a processed ingredient.

You should always check with your veterinarian before changing your dog's diet. It is also important to be aware of possible allergies or food sensitivities, which could make chicken meal unsuitable for your dog. You might want to discuss what is chicken meal in dog food with your vet to get his or her opinion on it.

One note here is that chicken meal and other meals you may see on labels are not the same things. You should avoid foods that include any of the following words as these are not high-quality meals:

How Does Chicken Meal Differ From Chicken By-Products? 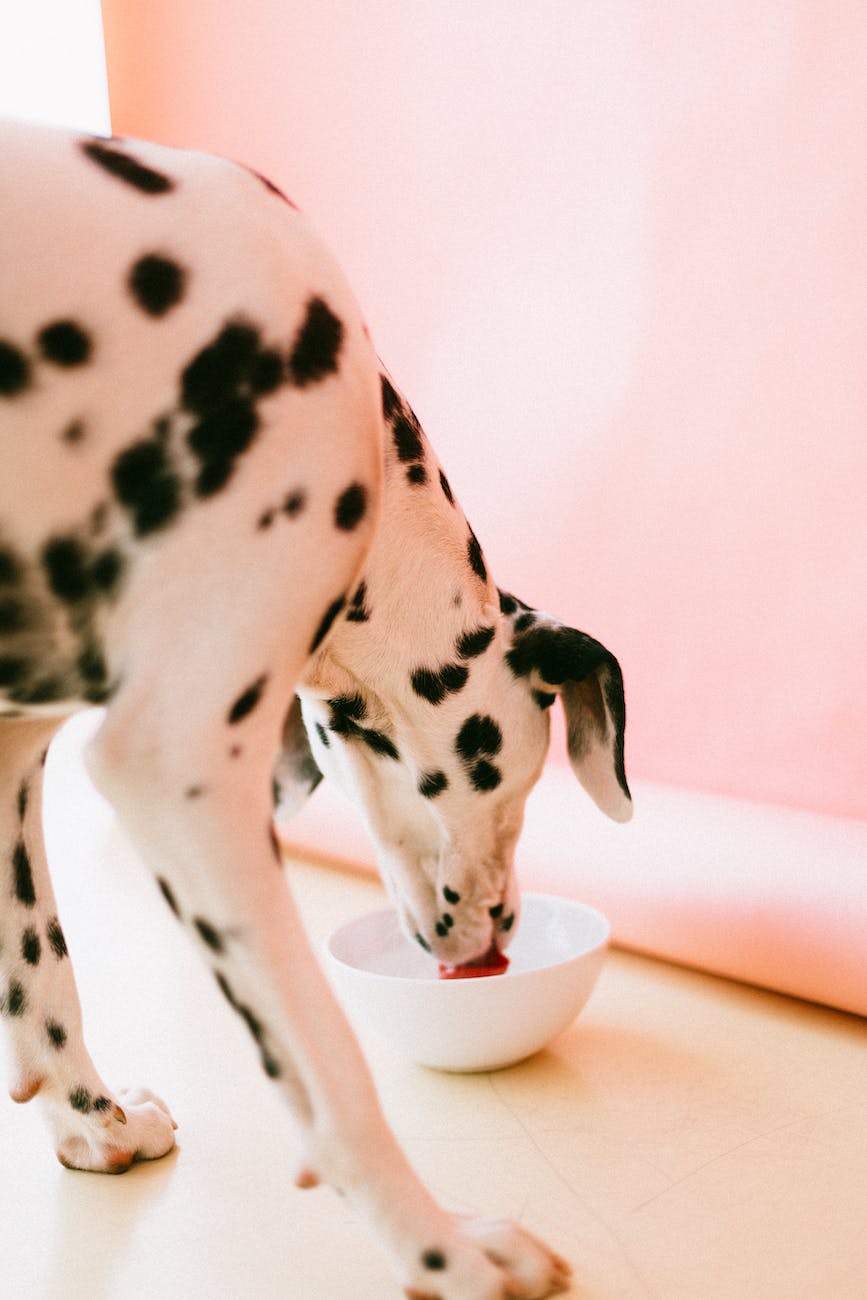 A by-product includes those parts of the chicken not included in chicken or chicken meal ingredients. These ingredients might be any of the following:

In a high-quality chicken by-product meal, there will be the nutritious by-products, such as the liver and kidneys, which provide nutrients to your dog. Lower quality by-product meals include the unsavory things that are considered unsuitable for human consumption, such as the feathers and intestinal contents.

PetMD explains that some manufacturers may load a food with chicken by-products because they are very cheap. While by-products do save them money, they also give the food a protein boost so that it meets nutritional regulations. Essentially, it results in cheap, low-quality food that lacks in nutritional value. Source?

How Can I Tell What Ingredients Are in My Dog's Food? 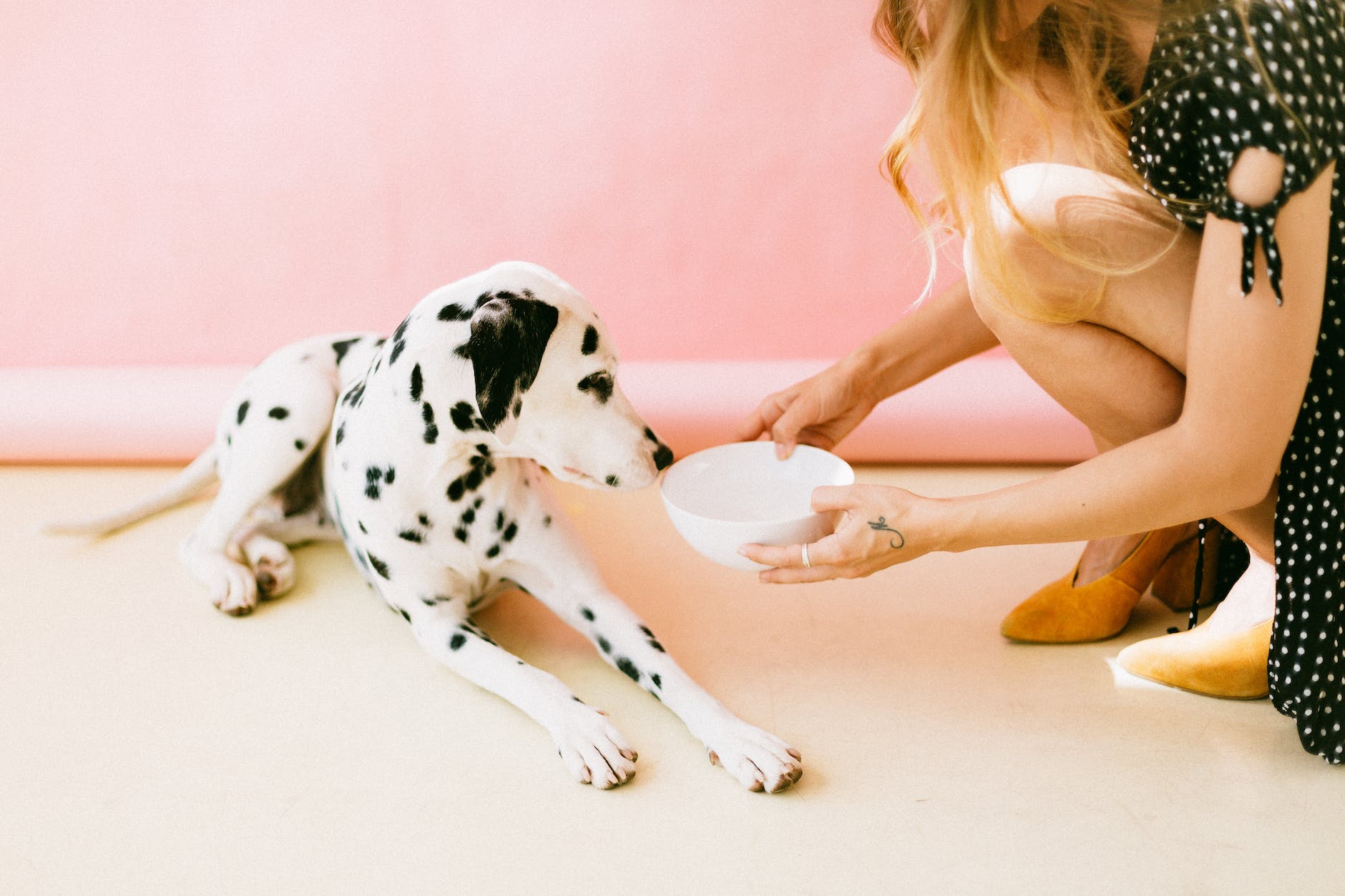 The American Kennel Club does state that while the label lists the ingredients, you should always investigate to find out the quality of them. An excellent example of dog food with high-quality ingredients is Merrick Grain​​ Free dog food.

You may also want to check the guaranteed analysis. This tells you about the nutritional content. It includes information about the percentage of protein, fat, fiber, and water in the food. 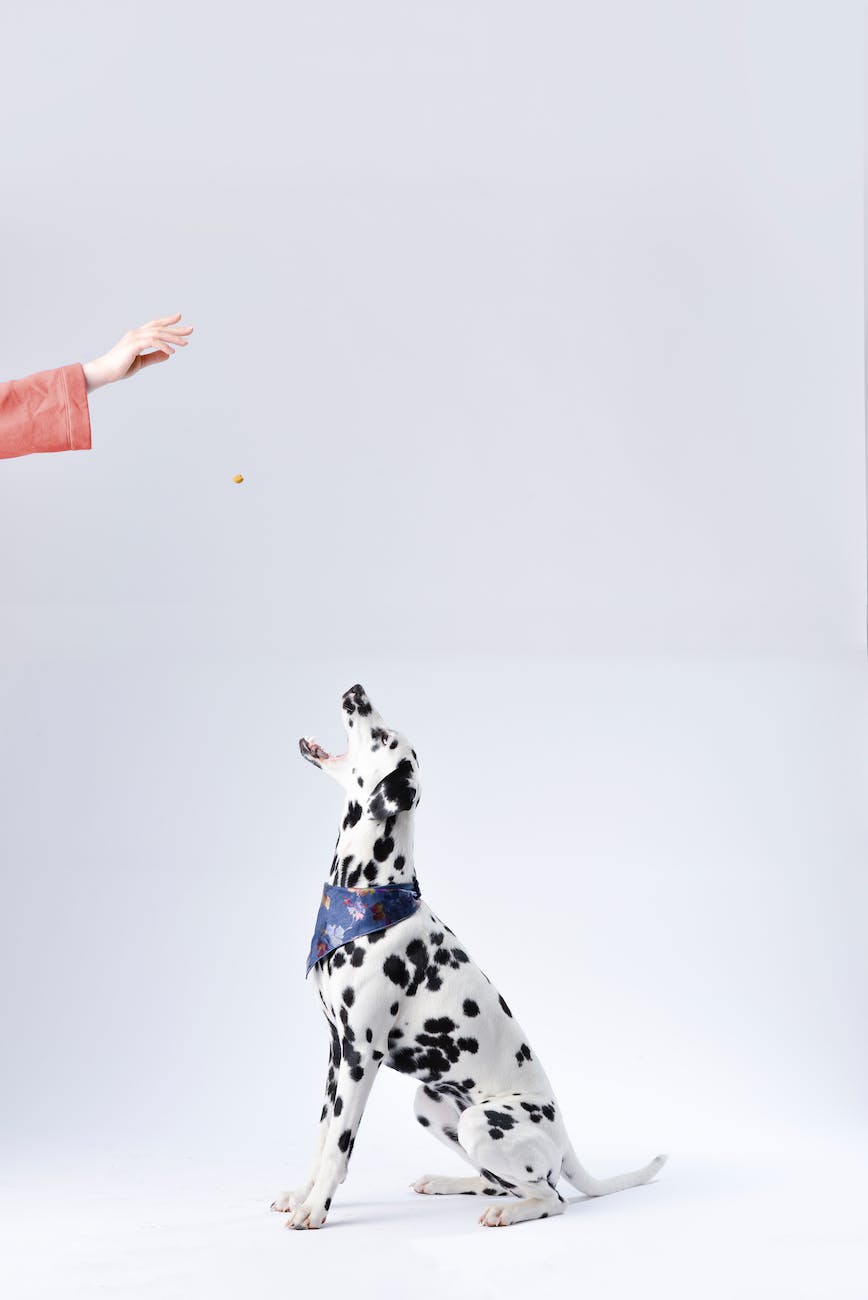 You will see many terms used on dog food. Many of these terms have no formal regulation. This means manufacturers can pretty much say whatever they want.

Many terms are merely marketing gimmicks. They are often misleading and can make you think a food is of higher quality than it actually is. Unregulated terms include premium and gourmet. When used on human foods, these generally indicate high quality, but that isn't always true for dog food. 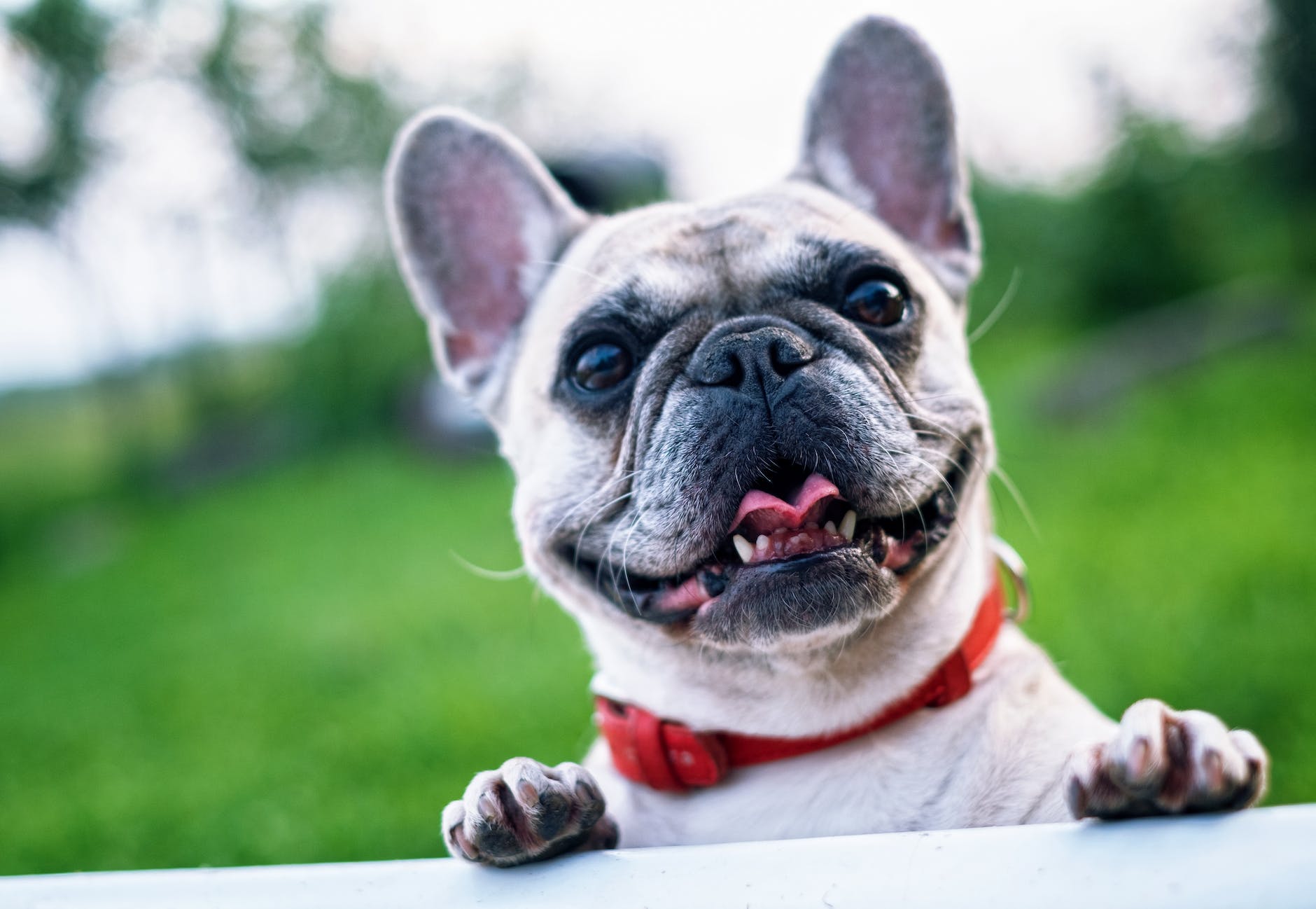 Some terms do have to meet regulation standards. "Natural" is one of those. The AAFCO monitors its use. It means that the ingredients are only from plant, animal, and mined sources. It cannot contain highly processed ingredients or contain chemical or synthetic ingredients.

The U.S. Food and Drug Administration states that all food must have the manufacturer's name and address on the dog food package. Many also include a phone number. You can use this information to find out more about the quality and to help you sort out marketing from reality.

There are not organic labeling rules currently for pet food, but the U.S. Department of Agriculture is working on regulations similar to humans. Typically, organic means it is made without pesticides and fertilizers that are not natural and from sources that have no antibiotics or growth hormones. When used on dog food, it could mean almost anything since nobody is policing its use as of now.

The Bottom Line on What Is Chicken Meal in Dog Food

There is no doubt that you love your dog when you are willing to investigate what is chicken meal in dog food. This is a complex topic that leads to discussions of other issues.

Dog food is not as regulated as human food. The reality is that you have to be an advocate for your dog. You need to do the research and find the brands that sell the best quality foods with the highest quality ingredients.

It can take time to find the right food that will serve your dog's nutritional needs while not exposing him or her to bad or harmful things. But it is quite worth it. Feeding your dog good food can have significant impacts on your dog's health and general well-being.

So, now that you know what is chicken meal in dog food, you are a little more prepared to find and buy only the best food for your dog. Remember, though, to consult your veterinarian. He or she is a great resource when choosing food for your dog.

The 10 Best Puppy Food Products for Your Growing Dog